Japan is the phoenix of the world, this country has overcome the worst effect of atomic bomb explosion during the second world war through much amount of effort. This small nation also faces the hassles of earthquake, flood and many other issues like volcano. Almost every year at least once quake hits the place resulting in much amount of destruction. The citizens of the nation are all very hardworking in nature and they face each and ever adversities with so much of courage. This nation has become the best with technology in the world. Here are some of the things in which there are no others to beat Japan. 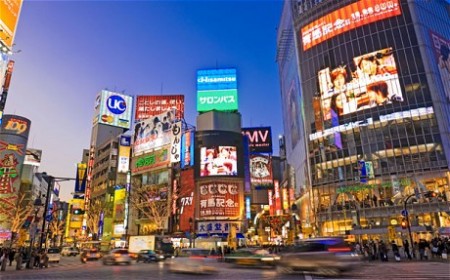 The kind of graphics that are incorporated in the video games made in Japan are impeccable. They have great creative and technical minds who have managed to dominate the market of video games from so many years. They are in the forefront of making games for the social networking sites and also for smart phones. They are really awesome in this niche.

The public transportation in Japan is well organized and is punctual. The efficiency of the transportation infrastructure in Japan is really unbeatable. Their roads may be bit narrow and the residents may have small complaints but when you compare what is there in Japan with other countries, it is the truth that they have gone far beyond.

They have great projects that have helped in managing and also organizing the environment very well.

If you have ever been to Japan, you would have voted for their food. The rich and spicy foods that are there in the Japan cuisine are just awesome.

You cannot find any other country that has got better facilities and tools for implementing 3D technology other than Japan.

This is the niche in which the Japanese have made a substantial contribution. It can be really great for the nation to make such a huge advancement in this field.

Don’t feel that Japan is not there in the forefront of making luxury cars and so they cannot be considered the best in this niche. The truth is that Japan has got their own area of focus in the manufacturing of cars and motorcycles. They are not there to build luxury vehicle but are in the forefront for making the vehicles that are eco friendly, light weighted, that works in renewable fuels and also which are highly reliable to consider for transportation. You can consider Japan if you really need to consider green living. This is the place that can provide you with the most amazing vehicles to consider. It is really amazing to consider this awesome vehicles if you are loving green living. Japan is the best manufactures for green vehicles.

When it comes to robotics how somebody can forget Japan. They are so much focuses in creating efficient robots that can easily replace human beings in doing various jobs that are much harder or have so much of hassles associated with them. It was also much popular that they have made a whole hotel to be managed by the robots. It is really a great and appreciable advancement that Japan has got with the development of such robots. Artificial intelligence and robotics are the areas that have got much importance in Japan. This place is really the breed house of robots. Creating a world that is mechanized, efficient and fast is what their dream is.

Japan is there in the forefront for making electronics of audio and video. They are good in making electronic items available with fewer prices and of passable quality. As the price is low nobody thinks much about their longevity but they are worth.

After read about Japan, you maybe interested their neighborhood country Korea that have similar history and achievement so please read Top 10 thing Korea does better than anywhere else.

This article’s objective is to shade a light on the most incredibly dangerous parasites that affect humans and animals. This...